We all look for special ways to manage behavior in our classrooms.  We wanted to show you a system our kids really liked.  It’s called “Over the Moon Behavior”.  We started by explaining what “over the moon” means.  “Over the moon” means very very happy.  You are so happy that you could just float away into space – over the moon.  The kids think this is a very exciting concept – floating into space! 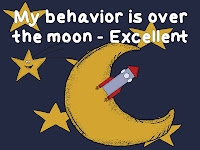 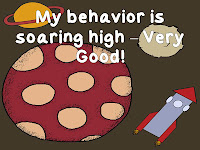 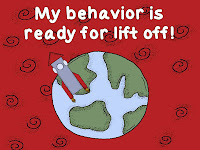 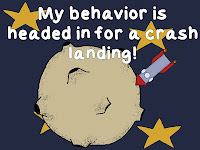 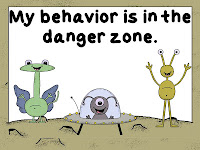 After showing all five levels of “space travel” and explaining each one, we gave each child a clothespin with a little rocketship, containing their name, glued to it.  Everyone starts the day on the My behavior is ready for lift-off card.

To help  keep track of all the little space travelers, we have a weekly chart with all of their names and the various behavior levels.  We code behaviors that we are focusing on for the week and record the code in the box next to their name and under the behavior level.  For example if Mike ends his day on Monday headed for a crash landing because he was not paying attention, then we write 1 (or whatever number we have coded for that behavior – not paying attention) next to Mike’s name and under crash landing on Monday.  That way we know exactly what his behavior has been and why.  This really helps when we have those parent conferences with Mike’s mom.

In addition to us keeping track of their behavior, we also have a form for each student to fill out during reflection time at the end of each day.  This form goes home every week in their folder. 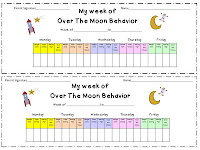 The kids really like the concept of floating into space, over the moon.  We really like the documentation aspect and the fact that the kids feel in control of their own behavior.

You can get our complete behavior system in our store The Fun Factory on TpT by clicking the picture below. 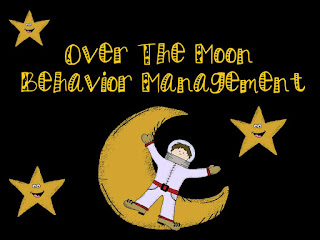 Where should I send your calendar? 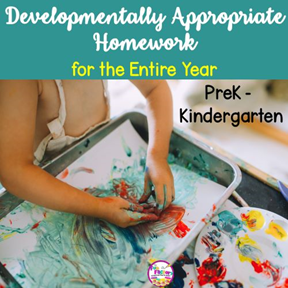 Please enter your email address below.

Success! Now check your email to download your calendar. 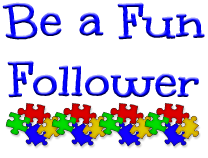